Bangalore Can Be India’s Smartest City

As a city recognized by the world for its IT excellence, Bangalore has a global brand appeal.  Bangalore has leveraged its technological capital to create the world's second fastest growing start-up ecosystem, attracting venture capital at the highest pace of investment in the world according to Compass, a San Francisco based Global Start-up Ecosystem Ranking Agency.

Thanks to its technology led economy, Bangalore boasts the highest per capita income in the country, with 80% of Fortune 500 companies running operations in the city, supporting one of the fastest growing real estate markets in India. In fact, Bangalore has everything that is needed to make it the smartest city in the country and a model for others to emulate.

To transform Bangalore into a world class city we need all the city’s key stakeholders: the government and its citizens, to stand on a common platform to drive better governance and an improved quality of life by collectively addressing the challenges of the city in the areas of social, civic and physical infrastructure.

If we really want Bangalore to realize its potential of becoming India’s smartest city we need a development roadmap. We need fresh thinking, collective efforts and innovative solutions to solve the city’s myriad problems. The goal should be to find new solutions for old challenges and come up with creative ideas for delivering a good quality of life in a sustainable and enduring manner. This is of crucial importance as the city’s population is projected to exceed 16 million by 2020 from 10 million today.

Towards A Smart City

A smart city is one that offers citizens an optimal work-life balance through seamless and efficient mobility, round-the-clock safety and security and long-term environmental sustainability.

We must therefore measure ‘smartness’ on the metrics of health, sanitation, safety and mobility.

Bangalore has a road density of 8.2 km per square km compared with Delhi’s 21.6 km per square km. With 5 million vehicles on Bangalore’s roads, vehicle density in the city is almost at par with Delhi. As a result, the average speed on the city’s roads during peak hours is as low as 15 km per hour.

As there is very little scope for expansion of roads, Bangalore needs to construct elevated corridors to ease the traffic pressure. The elevated corridor on Hosur Road has proved to be a huge boon for IT workers travelling to Electronic City as it has drastically reduced their commute times.

The Karnataka government is in the process of implementing an ambitious plan to ease traffic congestion by constructing elevated ‘road on road’ North-South and East-West corridors.  Given that time consuming land acquisition is avoided using this approach, the Government must aim to speedily implement this project by 2018.
The Bangalore Metro rail was intended to provide an efficient and cost-effective solution for suburban commuters, but the project is woefully behind schedule. Not even 50% of the 42 km network envisaged in the first phase of the Metro rail project is functional.  Construction for the second phase totalling 115 km is yet to start.  The government must get serious and expedite the completion of both phases of this vital mobility link and simultaneously augment the Bangalore Metropolitan Transport Corporation’s (BMTC) bus fleet to boost the city’s public transport system.

As for the roads of Bangalore, these are the eternal brunt of scathing criticism from the deadly pot holes to spine injuring speed breakers.  Bangalore’s TenderSURE roads are a pride of the city as they are well designed and world class.  The Government has announced an additional 50 roads to be developed under these design specifications.  However, it is a matter of grave concern that many of the first set of TenderSURE roads are still unfinished and ones completed have been dug up again!  This reflects poorly on the BBMP and its supervising engineers.  If projects are shoddily done, we cannot be smart!

The government also needs to make Bangalore a pedestrian-friendly city in the next few years by constructing 200 km of well-designed and standardized footpaths every year. TenderSURE has already paved the way!

We need to make Bangalore one of the safest cities in the country for women and children by taking strong and decisive measures.

As a technology rich city, the government must leverage mobile apps and GPS systems on all forms of public transport from cabs to buses and connect them with the Police to deliver a quick emergency response to crime and accidents.
Other measures should focus on traffic discipline, rules that ban tinted glasses and cancellation of licenses pertaining to drunken and rash driving.  We should emulate the point system followed by many western countries that leads to licenses being revoked.

The Government would also do well in supporting women drivers for schemes like B.PAC’s ‘Gulabi Auto’ which seeks to ensure the safety of women in public transport by having women own and drive autorickshaws.

Waste management is key to building a smart city. However, Bangalore has failed to manage its waste scientifically despite being the science capital of India. Various citizens’ initiatives have been pressed into action for over a decade, time and again to sensitize citizens on the importance of effective waste segregation through Kasa Muktha etc but lack of political will and strong truck mafia has never allowed such initiatives to be successful, thus turning  our ‘garden city’ into a ‘garbage laden city’ . This is extremely alarming as it poses a serious health threat to people in Bangalore. We need to address this issue on war-footing if indeed we want our future generations to breathe in fresh air and live a healthy life.

Another environmental challenge facing our city today is the gradual extinction of lakes which were a lifeline to the flora and fauna of our city for decades. Its most unfortunate that today Bangalore is grabbing international attention on account of its polluted lakes which puts all Bangloreans to shame.

The government needs to implement lake restoration plan in a time-bound, cost-effective manner ensuring the decongestion and restoration of the storm water drain network that feeds these lakes. The depleting water table is another issue facing Bangalore. While rain water harvesting scheme was introduced a few years ago, weak implementation has resulted in it being a scheme on paper with no measurable impact on the ecosystem. This needs immediate correction with citizens participation.
Similarly another important intervention in the direction of ecological sustainability is to promote the use of green power or alternative energy.

Karnataka is blessed with bright sunlight throughout the year, and Bangalore is best suited to become a role model in the area of effective use of solar energy. ‘Going green’ with the use of  electric energy for automobiles is another area where Bangalore has already taken the lead. Last year, the government launched an ambitious project of generating power from the rooftop, under which all households and commercial set ups were encouraged to install solar panels on the rooftop. The energy thus generated can be used for their captive needs or sold to the grid. Subsidies from the government on the purchase of equipment could go a long way in encouraging more and more citizens to come forward and adopt this ‘green’ energy.

As an IT hub, Bangalore has been at the forefront in adopting technology for ‘ease of use’ of standard services. ‘Bangalore One’ has been once such initiative which has consolidated the availability of some of the civic services under one roof with a click of a button.  There is an urgent need to expand this use of technology to ensure transparency and better governance that will go a long way in building trust between the government and the citizens.

Use of smart technology can help us find innovative solutions for many of the archaic processes.  The digitization of land records can make all transactions traceable, as well as prevent building, road and lake encroachments.

We need to build robust platforms for e-procurement, e-tendering, e-documentation which will bring in transparency and accountability, and will ensure greater accessibility and efficiency.

The Jan Dhan Yojana, introduced nationwide recently, is a good example of how technology can lead to better outcomes. It is already helping the poor get access to direct financial aid, thus improving the effectiveness of existing financial inclusion strategies.

Making e-governance the basis of delivery across a plethora of services will bring in a paradigm change in the lives of Bangaloreans.

As citizens of Bangalore we need to take ownership of restoring the past glory of our city. We must collectively make a concerted effort to engage with the political system to ensure that all the necessary issues are addressed. So far with our apathy, we have been a part of the problem; with engagement, we need to be a part of the solution. We must reinvent Bangalore. And to do that we the citizens need to reinvent ourselves.

To quote the greatest theoretical physicist of our time, Albert Einstein, “We cannot solve a problem by using the same kind of thinking we used when we created them.” 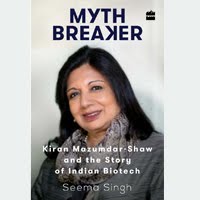 Kiran Mazumdar - Shaw and the Story of Indian Biotech 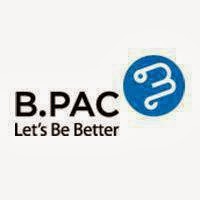 Indian Pharma Is Committed to the Future

Why silence is not an option
A Largely Indian Victory in World War II, Mostly Forgotten in India
The secret behind why Japanese people never litter: 4 incredibly simple rules
Why Rice-eaters Are From Mars & Others From Venus
First Million-Dollar Drug Near After Prices Double on Dozens of Treatments
A Moribund Morbi Has Dragon Breathing Fire
Well Intentioned Laws,Courts Cripple Growth
Policy: Free Indian science
Rebooting The Economy: 5 Things The Next Govt Must Do
Globalization In The Family by Swami Anklesaria Aiyar